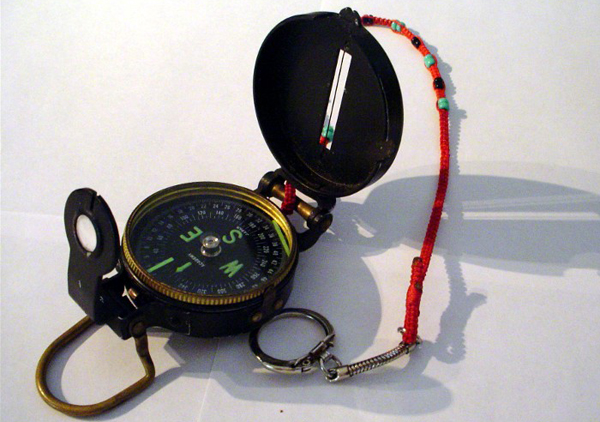 The concept of morality has been with us for a long time. We have debated for centuries what constitutes moral behavior and have yet to come to any conclusive results. The fact that we have continued to pursue the question for so long with such little progress is a testament to our unwavering desire to increase our well-being. And make no mistake; although it is often lost in the rhetoric, the debate is ultimately about well-being.

Sadly however, current moral theories have not been effective at helping us achieve well-being and often create the opposite effect. Their lack of objective criterion from which to evaluate behavior as moral or not and the insufficient focus on well-being as the intended outcome, have left us with ethical theories that rely on the creation of guilt and shame as the agents of change.  Without being given any clear direction we are expected to act in a moral fashion and when we fall short we are encouraged to feel guilt and shame at our failure. These feelings of guilt and shame are elicited in us as attempts to control our behavior. However what remains lost in these attempts is the fact that we are much more likely to enact lasting changes to our behavior if the changes are aligned with objective ways to increase our well-being.

Therefore an effective ethical theory will have objective methods of determining which behaviors are moral and culminate in increased well-being. It is time we abandon our current theories of morality and replace them with a needs- based theory that meets those criterions. A needs-based theory derives its objectivity from focusing on universal, objective and irreducible human needs. Evaluations of behavior are based on how effective the behaviors in question are at meeting those needs in a rational manner. When our needs are met in a manner that does not infringe on others meeting their needs, or more likely, are met in conjunction with others meeting their needs we increase our well-being. As a means of further explanation, I’d like to compare two current ethical theories , one religious and one philosophical, with a more penetrating and explanatory view of morality based upon human needs and well-being.

However before we begin this admittedly audacious journey a definition is in order.The American Heritage Dictionary defines morality as (1) the quality of being in accord with standards of right or good conduct; (2) A system or collection of ideas of right and wrong conduct; (3) Virtuous conduct; (4) A rule or lesson in moral conduct.

This definition naturally leads us into the domain of ethics, which historically has meant how we determine what constitutes good or bad actions. Religious leaders and philosophers have attempted to make this determination for centuries, yet the ethical systems they have derived are inconclusive. This in turn has led to endless debate, and resulted in the justification of almost any behavior as moral. But most importantly, they have been ineffective at increasing well-being.

To see why previous ethical systems have not been effective, let us examine them in terms of their objectivity and ultimate benefits to human well-being. We begin with the religious view.

The religious view of morality is ineffective because it lacks objective criterion on which to base evaluations of behavior. It does however appeal to well-being, but in an afterlife that requires sacrificing our current well-being to obtain. So In short this ethical system is not as effective as a needs-based ethical system because it leaves us with no objective actions to increase our well-being in the present.

Religions contend that who and what are considered good or bad is at the sole discretion of a higher power. The rules dictated by the higher power change depending on the religion. And it is this lack of objective criterion that calls into question the veracity of the ethical system. It creates ethical theories that apply to one group of people but not others and theories that may even condone behavior we would certainly deem immoral, such as murder and rape (a quick tour through the old testament of the Bible will reinforce this point). When there is no objective criterion all actions can be justified by appealing to the higher power.

The gods vary according to the religion but the gist of the morality is if one obeys the deity he is good and is rewarded or if one disobeys the deity he is bad and is punished. The reward, which is usually some form of everlasting life, is an appeal to one’s ultimate well-being and therefore helps to explain why religious belief is so compelling. But unfortunately the reward is received after we are dead. This inevitably shifts our focus to our future well-being at the expense of our current well-being.

But hold on, if well-being is important; why is our current well-being overlooked? This view affirms the value of well-being on one hand while discounting it with the other. The failure to recognize the importance of current well-being causes us greater problems than just the annoyance of a logical inconsistency. It causes us to view our current strategies, which are intended to increase our well-being, as impediments to a future reward. We then view our strategies and in turn our needs as something to be overcome or controlled. Our self-control usually takes the form of self-reproach which elicits feeling of guilt and shame. We are then susceptible to judging ourselves as good or bad to the degree to which we can meet our ideals.

Our judgments of our actions and ourselves cause us great pain and preclude us from the more accurate view of our actions as attempts to meet our needs and increase our well-being. To understand that our current strategies are not hindering the attainment of a future reward allows us to modify those strategies. Instead of trying to abstain from meeting our needs or trying to ignore them we can change our behaviors to better meet them, thereby increasing our well-being.

With these inherent problems of the religious view in mind we turn to the philosophers for a more objective ethical system in line with our current well-being.

Philosophers have advanced our understanding of ethics by associating our current actions to temporal benefits as opposed to heavenly ones but they too fail to uncover objective criterion or (if criterion have been uncovered) fail to explicitly connect those criterion to well-being.  We are faced with the same two problems presented by the religious view and therefore cannot make much progress beyond it.

For example, the theory of rational self-interest (which the needs- based ethical theory I’m proposing is a variant of) is a widely recognized philosophical view of morality. The theory espouses moral acts as those being in one’s rational self-interest. This moves us a step closer to an effective evaluation of behavior as we are now evaluating actions based on their benefits in this life as opposed to an afterlife but in its present form the theory still suffers the problem of subjectivism.

However, some philosophical theories try to avoid the subjectivity of rational self-interest by focusing on the “rational” to the exclusion of the “self-interest.” They rely on logical proofs as a means to determine why some actions are moral and some not, and in the process create rules that must be followed by those who wish to be moral. While logical consistency is certainly critical for any ethical theory, to simply say we must follow logic for its own sake and not relate logical thinking as a strategy we employ to increase our well-being is to separate ethics from its intended purpose. An effective ethical theory combines logic (rational) with self-interest to culminate in increased human well-being. If the goal of your ethical theory is to increase well-being then you must have both.

The exclusive focus on the logic can easily lead to a system of judgment (similar to the religious paradigm) for those don’t follow the rules and subsequently fall short of the lofty logical ideals.

This system of judgment is created by a misunderstanding of human nature which often leads to unnecessary suffering. The logician fails to realize that if people believe that their actions are currently meeting their needs and increasing their well-being (regardless if they are or aren’t) they will be reluctant to change their behavior. In fact they will defend their actions if they feel threatened. Without this understanding it remains a mystery as to why people vigorously defend even illogical actions when confronted with truth. Thus the inability for people to see the truth and change their behavior to be more aligned with the truth are seen as defects and those guilty are seen as bad or even evil. However, if we recognize that our behaviors are strategies to meet needs and not simply logical shortcomings then we can address those needs in any attempt to help others increase their well-being. We then have the ability to connect with people using empathy and compassion instead of resorting to judgment, ostracism, guilt and shame as means of control.

Although more rigorous than the religious view, previous philosophical attempts are also not as effective as a needs-based ethical theory. They move us a step in the right direction by bringing the discussion of well-being into the secular realm and by moving us towards a more objective evaluation of behavior. However, they either fail to adequately remove the subjectivity of their evaluations or fail to incorporate their more objective view with the outcome of increasing human well-being.

The true purpose of morality is to create guidelines for human action that will ultimately be beneficial for the individual’s well-being and the well-being of those who are affected by the individual’s actions. Moral arguments are designed to persuade the individual to adopt these guidelines. However, if we don’t have objective criteria for our guidelines and we ignore that one’s current actions are attempts to increase one’s well-being we will not persuade many. And those that are persuaded will likely be moved by guilt and shame to behave as they have been told. What we presently call morality has devolved into little more than pretext to control others. We can move beyond using morality to control others. We do not have to live with guilt and shame. When we shift away from judging behavior as simply good or bad, and more importantly, judging ourselves as good or bad we can move beyond the culture of shame created by these ineffective moral theories. With a needs-based ethical theory we open the possibility of empathy and compassion for ourselves and others. We come to realize that we all share the universal, human, aspiration to meet our needs and increase our well-being. It is time to move beyond the morality of the past because it has lost connection with this goal. It is time to shamelessly reassert the goal of well-being and, dare I say, base our ethics upon it.