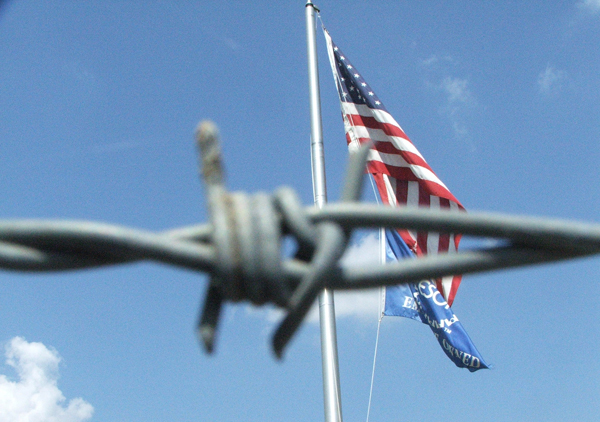 The word culture gets bandied about frequently. It can describe anything from a night at Carmina Burana and crème brulee to the spectacle of somebody’s pants hanging off their ass while scoring a dime bag. It’s a multifaceted term that can be used as explanation for beliefs such as human rights and free speech or justification for a multitude of nefarious actions. Confusing to be sure, but that should come as no surprise as Western culture spawned from the improbable amalgam of Greek rationality, religion and dominance based social hierarchy. In order to achieve optimal well-being it is imperative that we break free from some of the prescribed cultural ways of viewing and acting in the world. However, it is difficult to break free from cultural illusion if we don’t have a firm grasp of what culture is and its effects on our lives. The term is sometimes used in a relatively innocuous sense to designate the “finer things” in life like opera and French cuisine. However, the definition of culture that I’m referring to here is – the values that groups of people adopt and adhere to that historically have facilitated their survival.

As previously mentioned (From Happiness to Well-being) the values that we adopt are critical for our attainment of long term happiness and optimal well-being. Values need to be in alignment with objective needs. Did you choose your values with this fact in mind or did you just accept what you were told? Why do you value freedom, patriotism, wealth or obedience to authority and are these values helping you increase your well-being or helping others meet their needs at your expense?

Not all the beliefs instilled into us by culture are in opposition to our well-being, yet it is advisable to scrutinize them all to ascertain if they are compatible with our needs. The negative manifestations of culture usually emanate from three institutions; the government, the church and the family. The purpose is to control one individual so that others may live at his expense. The lies of each institution are intricately entwined, forming a cord which through sleight of hand is used to bind our hands.

The people in government use fear as a means of control. They presuppose and champion a false view of human nature that holds people as being irrationally selfish and in need of external motivation in the form of threats of violence in order to keep them in line.  The “logic” goes something like this. For bad people not to point guns at good people they have to have guns pointed at them by really good people (huh?). So, we are imbuing a monopoly ability to initiate force to a group of people in order to protect ourselves from the initiation of force. We condone and even champion certain theft for the fear of possible theft. You can say its voluntary or a form of insurance, but last time I bought insurance I wasn’t looking down the barrel of a gun.

A false belief is created that we need government to help the poor, educate children, regulate business and protect us from everybody in the world including ourselves. They have sold you the lie of their utility and necessity. After all, if they don’t do it who will? They are happy to take the responsibility, along with most of our freedom, and a large percentage of everything that we make.

To insight fear of life and property to extort money is a nice racket. I surely don’t mean to take credit away by pointing out that the ostensible threats are at least plausible. However, the brashness of the religious in extorting money based on fantastical delusions should make even politicians blush.

Since the market is cornered on extortion in the natural world, religion chooses to move beyond the here and now and demand a ransom for your everlasting soul. We are told to obey God.  If we don’t we are threatened with a really hot and uncomfortable afterlife for eternity. God’s commandments center around moral teachings, which of course he is immune from having to follow and in fact does not follow on a frequent basis (sounds kinda like your parents, right?) For example, I’m sure there is a good explanation for the whole Noah’s ark flood fiasco where women and children were drowned for some infraction against the almighty. However, you better not kill anyone and by the way give him 10% of everything you make because after all, even though you are wretched, God loves you anyway. The unconditional love is a nice touch because it helps fill the void left by poor parenting in that department. And speaking of authority, conveniently, there is also something about obeying your parents and the government without asking too many questions. It makes sense, albeit in a sick way, for the religious to support authoritarian parenting because it is through forced attendance at an early age that the religious get their praying, or is it preying, hands onto the young insuring a future base of tithers. Religious doctrine supporting government should come as no surprise either since the government is allowing the church a piece of the extortion racket and giving them a tax break to boot.  Again the moral view of human nature (that people are bad, including you this time), is used to insight fear and allow the clergy to abscond with your resources.

All of the proceeding may lead you to believe that we have achieved critical mass on the depravity ledger, but alas no, I have saved the best for last. Government and religion get their hooks into kids at a fairly early age molding the tender minds in order to feed off of them in perpetuity, but it is the family that sets the table and eagerly joins the feast.

Nothing is more cherished culturally than family. Bonds of blood cannot be questioned. To honor your mother and father isn’t a choice it’s an obligation. It is taboo to even think about questioning your duty to family and you sure as hell better not say it out loud. Realistically, looking at this hallowed institution, however, makes one wonder why it is held in such high regard.

People follow their biological drives to procreate without much thought given to the eventual need to parent the outcome.  In fact most people probably spent more time researching their last computer purchase than they spent preparing for the most important job they will do in their entire life; the parenting of another human being. But don’t believe me, ask your parents how many books they read, experts they consulted or how much advice they sought. Or maybe you shouldn’t because you may not really want to know the answer. Tragically most kids end up as vessels for the unprepared parents to pour their own childhood anxieties into. A common manifestation is the need for the child to love the parent as a replacement for love they never received in their own childhoods (here we are back at that unconditional love thing again). Parents may start off with good intentions, but the best laid plans go awry when faced with the challenges inherent in the nurturing of children. Sadly, more often than not, parents revert back to the way they were parented and the cycle of unmet needs continues. Children are treated more like indentured servants, insurance policies for the parent’s old age or as means to create a reverential, self-aggrandizing legacy for the parent rather than the autonomous beings that they are. Again control is the motive. If you can brainwash a child into believing that he should respect and love you regardless of your behavior, do your bidding and take care of you as you age, you have created a slave. In the process of creating your guilt ridden chattel you impair their capacity for empathy, their belief in the efficacy of their own mind and their ability to increase their own wellbeing. You have taught your child the “virtues” of being controlled and paved the way for the state and religion to also control him as he makes his way into the world.

You may think that the preceding diatribe does not apply to you and I hope that it doesn’t. However, a sure way to find out is to ask yourself about your relation to government, religion and authority in general. If you believe that government is necessary because people are bad, that god not only exists but that he also loves you no matter what and you can’t explain the nature of true authority then you have some soul searching to do.

Today’s authoritarian and culturally accepted parenting practices create a class of individuals who are susceptible to exploitation. Religion and the state reinforce and benefit from the myth of the sanctity of the family and move in and control the individual as he matures. Religion supports the authoritarian nature of the family and the sovereignty of the state. To prostrate yourself to those in power is a consistent theme of most religions. The state supports religion and family with continual propaganda. State sponsored history lessons are replete with reminders that America is a Christian nation and allusions to the state as family; brothers in arms for the mother country.

Those in power win through the weaving of the narrative as you lose. You are forced to foot the bill fiscally and mentally so that others may live at your expense. To be free you must see through these illusions which are hanging by the thinnest threads of credulity. And as you will discover the real question is not if these things are false but why you have believed them to be true for so long.  As your hands are bound ever more tightly with each passing day it is time to wake up and cut the cord.