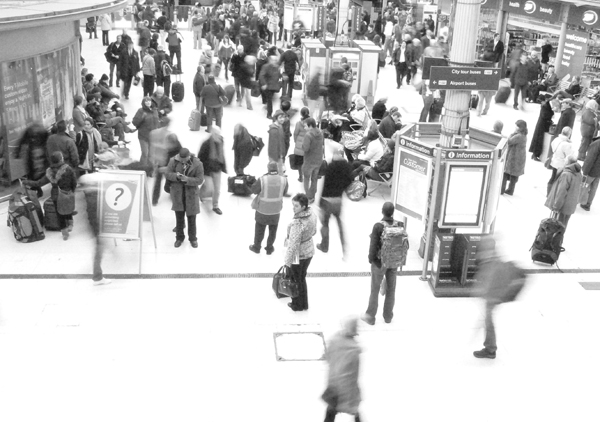 In order to achieve optimal well-being it is useful to understand the human condition and how we arrived at this place in our history. The next series of blogs will cover these topics beginning with human nature.

The question of what constitutes human nature is an age old and important one. The assumptions that we make about the natural state of the human condition permeate all of our social interactions. What we believe people are like effects our relationships, parenting and beliefs on government. More critically, it also effects how we view ourselves. When human nature is invoked it is usually done so in reference to the moral status of humans; are we good or bad? I believe this moral theory of human nature misses the essence of what it is to be human and leads to a cascade of negative ramifications both socially and personally.

We are not born good or bad. We are born with an innate need to thrive and the capacity for rational self-interest. If we view other people not as good or bad, but as people trying to meet their needs with the capacity for rationality, we can deepen our relationships, improve our parenting and eventually rid ourselves of government predation based on fear. On a more personal level if we continue to ignore our nature we will feel anxious and optimal well-being will elude us. In order to thrive we must live by our nature.

What is Human Nature?

Human nature is a set of needs, emotions and cognitive abilities that we have adapted in order to attain our ultimate goals of surviving and thriving. Collectively these components of human nature are called innate traits or predispositions.

Human nature was forged by interplay of our need to survive and the consistency and universality of the world in which we live. For example, the law of gravity and the fact that biological creatures need nourishment are consistent and universal facts to which we have formed adaptations. The consistency and universality of the world is the critical component by which all adaptations are formed and as we shall see it is also a critical component in our innate cognitive ability for rationality.

Most people accept the fact that we have some innate needs and basic emotional capacity, however in the past there has been debate about the existence and extent of our innate cognitive abilities. For example, questions as to whether we possess an innate ability for understanding language or human psychology. Science has recently started to settle the debate by showing several categories of innate cognition, which if adhered to, will help us obtain optimal well-being and, if not, will create anxiety.  As with our other traits, the consistency and universality of the world is the foundation of their formation.

Our environment is not random. It is governed by laws and we formed traits based on the consistency and universality of these laws. The only way for traits to evolve is for the environment or the characteristic of the species that adapted the trait to remain stable over evolutionary time scales. For instance, we have an innate understanding of the basic physics of the world. The only way for that understanding to have evolved is for the laws of physics to be consistent and universal. The evolution of human nature was the processes of forming traits which increased our fitness for the environment in which we lived and increased our chances of survival via natural selection.

To grasp how the consistency and universality of the world lead to rationality and rational self-interest it is helpful to understand how we form concepts and how we learn.

Humans interact with the world and learn in terms of concepts. Concepts are groupings of similar perceptual objects or events into categories. We are able to create categories due to the fact that the objects or events, relative to each other, contain consistent and universal aspects. For example our concept for a normal dog may be; has four legs and barks. It is a shorthand way for us to deal with the stream of perceptual information that continuously impinges on our senses. Without this shorthand we would not be able to discern truly novel, and possibly important, information from more common surroundings. In effect it would all be new all the time. What grabs our attention is the thing that is different.

If we have a concept of gravity as being “all things that fall towards the ground,” then the first time we see a balloon it captures our attention because it isn’t falling toward the ground, it is floating. We have to refine our concept of gravity as being “not all things fall towards the ground” and we have to form a new concept for balloon as an object that rises towards the sky. What we have just done is learn. The acquisition of knowledge is simply the process of forming and refining concepts. The more accurate our concepts are in explaining the world the more fit we will be in evolutionary terms. We rely on consistency and universality to acquire knowledge and by applying that knowledge in consistent and universal ways we exhibit rationality and increase our chances for survival.

The ability to form high level concepts and the ability to form abstract concepts, the latter of which is unique to humans, came with the liberty of not being forced to comply with our nature. The traits that make up human nature are only predispositions for helping us obtain our needs. Adhering to human nature is optional, but the consequences for non-compliance range from mild anxiety to death. To understand the consistency and universality of the world and to not act consistently and universally in it creates anxiety due to the fact we are increasing our risk. For example, to act irrationally in pursuit of self-interest increases the chances that our interests will be negatively impacted in the long term. Just as we wouldn’t ignore our need for nourishment and safety we should not ignore our need for acting in consistent and universal ways. Living in accordance with our nature facilitates our needs being met and therefore thriving.

Since the goal of our existence is to survive and to thrive, the negative outcomes are not chosen but unintended consequences of meeting some needs at the expense of others. Unfortunately our society and culture have arrived at a place where irrationality is status quo. We are raised on contradictions. Our nature is curtailed and anxiety and depression are rampant. Essentially this is a consequence of a lack of creativity and succumbing to the expediency of short term gain at the expense of long term well-being. We began to move away from our nature when we transformed from hunter-gatherer societies to agricultural societies approximately 10,000 years ago. The world has never been the same and that is the topic of the next blog.