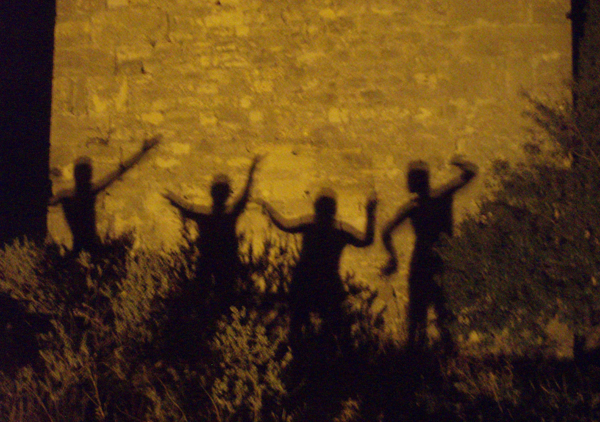 As a species we have achieved wonders and changed the world. We have probed distant space, split the atom and seemingly everything else in between. Our success is partly due to our ability of adapting to and changing our environment. However our adaptability has consequences. The negative ramifications are evident if we explore the changes to our mode of existence caused by the advent of agriculture. The rise of agriculture changed our social structure, methods of parenting and of course our diet. The transition from a lifestyle of hunter gatherer to our current modern agricultural society causes us to live in ways that are in conflict with our basic human nature thereby creating anxiety and diminishing our ability to thrive.

The innate qualities that help us thrive were formed over the last 500,000 years when the cranial capacity of our ancestors doubled. This increase in brain capacity coincided with the development of the skills necessary for a more complex social structure that has spawned the incredible world we currently inhabit. For approximately 99 percent of our human evolution we were small-band, hunter gatherers. Our genetic blueprints evolved over hundreds of thousands of years in a relatively unchanging and substantially different environment than we inhabit today. Our human nature, which is to be rationally self-interested, has not fundamentally changed since this time. To believe that our past has no influence on us in the present, and to live in ignorance of our history, cuts us off from vital knowledge that can improve our lives. To achieve optimal well-being today it is helpful to understand yesterday.

How did we live?

Small band hunter-gatherers were nomadic groups ranging in size from twenty to fifty people.  They had a notably different social structure, childrearing practice and diet. To understand the context in which our human nature developed will facilitate an appreciation of the detrimental effects the move to agriculture had, and has, on our well-being. It can also serve as a guide on how to structure our lives in accordance with our nature. I’m not trying to idealize the hunter-gatherer lifestyle or suggest we eschew the modern world. There were in fact notable negatives to their methods of existence. However, attempting to live more harmoniously with our human nature will help resolve many of the issues which plague us and serve as obstacles to the attainment of optimal well-being.

Hunter-gatherers lived together in an egalitarian social system with no hierarchical structure and no government. Decisions concerning the group were made by group consensus. All individuals including children were seen as equal and assumed to have autonomy. Cooperation was essential for the survival of the individual and the group. Although it may seem counter-intuitive, small band hunter-gathers that used no agriculture had low incidences of violence and warfare in spite of having no government.

This was made possible by our evolving brain which allowed for rationality and an understanding of the complexities of human interaction. In order to have mutually beneficial interactions with others it is important to know what people might be thinking, how they might react, about basic fairness in trade, that helping others has benefits to both parties and a host of other things we take for granted. Along with our capacity for rationality an innate understanding of psychology and reciprocity evolved during this time to facilitating the thriving of the species.

There are a small, but growing number of people today who accept that egalitarian, non-hierarchical social structures are still the best way to organize society. They understand that humans will act in their rational self-interest if left to organize themselves via voluntary interactions. They are called anarchists and span the spectrum from Anarcho-communist to Anarcho-capitalist. They differ in methodology, yet agree on one thing: that government is not necessary for the organization of social systems and government is in fact detrimental to societies.

In hunter-gatherer times children were treated in a non-violent and non-coercive way. Their needs were met empathetically and their judgment was respected and trusted. Physical or verbal abuse was rare and corrections were given as quiet reprimands. Adults allowed the children to learn naturally in a non –directive way incorporating them into their activities with tolerance and patience. (See the work of Darcia Narvaez and Peter Gray for more on this)

Increasingly today, there are more parents who accept that children should be viewed as equals. They accept that the needs of the child are just as important as their own needs and strive to meet them while refraining from the use of violence, coercion or punishment. They trust that their children innately know how to learn and guide them in a non-directive way. This style of parenting is called attachment parenting, empathetic parenting or natural parenting, but no matter what the name the one thing that is paramount is respect for the child.

Small band hunter-gatherers hunted and foraged for food and did not use agriculture to sustain themselves.  Their diet consisted of meat, vegetables, fruits and nuts. For 99 percent of our evolutionary history we ate no grains. Anthropological records show hunter-gatherers were larger in stature, lived longer and were freer of disease than the agriculturalist that followed.

Today, there is a diet lifestyle, with a rapidly growing following, based on meat, vegetables, fruit and nuts that leads to optimal nutrition. This diet is called the Paleo Diet in recognition of the Paleolithic era from which it came.

The advent of agriculture is arguably the single biggest technological advancement in the history of our species. It has shaped history since its inception 10,000 years ago. The hunter-gather lifestyle was how we began, lived and evolved as a species for hundreds of thousands of years. Although 10,000 years may seem like a long time to you and me, in evolutionary time it is insignificant. It is not long enough for us to have lost our innate predispositions and fundamentally adapt to the agricultural age. It is against our nature to be in a hierarchical society based on force. It is against our nature to raise our children authoritatively or be raised in that manner. And it is against our nature to eat the standard American diet (SAD). It is not in our long term rational self-interest to do these things.  Agriculture has a tremendous upside but it also has a downside. The negative effects, however, do not have to be accepted as an inevitable unintended consequence of progress. We can live in accordance with our nature and still reap the benefits of the modern world but to do that it is helpful to first understand why agriculture arose and the specifics of how our current culture and social structures hinder our progress towards optimal well-being.