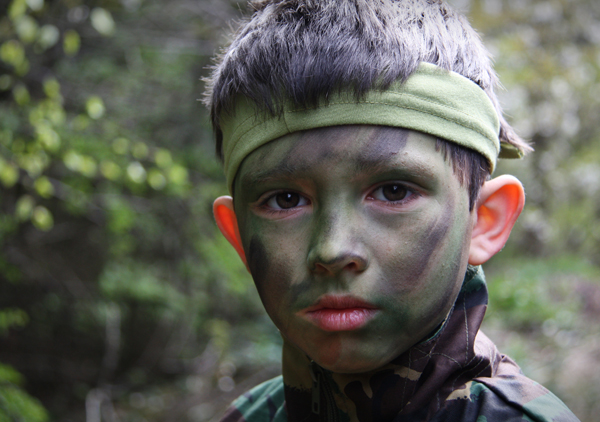 E.O. Wilson and Steven Pinker have recently published books proclaiming that war is innate and that government is the reason that we have less violence in society, respectively.  Both of these claims are false.  Their renewed emphasis in the erroneous concepts of an innately violent human nature and the vital role government has played in promoting and maintaining lower rates of violence is the tragic outcome of a process of mental justification on the part of the authors for their own subjugation and societal position.  It is a form of Stockholm syndrome.  The propagation of these ideas results in a bolstering of the cultural myth that people are innately “bad” which instills fear into the population and supports a belief in government as a solution.  As religion loses its mystical strangle hold on moral issues, “science” is stepping in to fill the void.  As the mendacity of the dogma of original sin wavers, a new justification for the control exerted upon us by government has been found.   Elegant theories replace faith, but sadly the outcome is the same, as our genetics become our new original sin.  We should remain skeptical, as intellectuals have a vested interest in keeping the system status quo.  Governments are in jeopardy of losing control of large amounts of the population as people turn away from coercion and theft as viable solutions for solving complex social issues.  Cracks are appearing as a lack of government efficacy on a worldwide basis is becoming apparent.  The meme of a deleterious human nature therefore needs to be reestablished in order to create fear and justify government.

The most frequent opposition to the fact that society could be organized absent a government is the false belief in a pernicious human nature.  Religion has historically been the champion of the idea that human nature is inherently evil.  This serves to allow religion, and in turn the governments they support, to control the population.  For individuals to save themselves from their own evil they turned to religion and to save themselves from the evil of others they turned to government.  Religion however has been losing its sway as western cultures become increasingly more secular.  As science has progressed steadily forward answering the perplexing questions that were once sole dominion of religion, God is being relegated to an ever-diminishing place in the universe.  With the fading away of myth comes the possibility of freedom.  An epiphany is looming around the corner; “if I’m not evil maybe people in general are not evil.” A true vision of human nature is threatening to emerge: humans as rationally self-interested and innately predisposed to coexist in a voluntary social system free of coercion.  However, that truth taken to its logical conclusion would mean the need for government and the benefits of it bestowed upon the few, at the expense of the many, would vanish.

Intellectuals have a stake in the perpetuation of the system and therefore must meld the potential liberating truth of science into deceit in an effort to excuse governmental predation.  Their salaries are heavily subsidized by government and their tenure is dependent on the amount of government grants they can procure for their research.  With obvious vested interest they are picking up where the priests left off by insuring that human nature will continue to be falsely viewed in a negative light and thereby perpetuate the system on which they depend.  I don’t believe, however, that it is solely for economic gain that they attempt to do this.  They are products of an abusive system that they have internalized and justify in order to avoid confronting its true nature.  To confront the system is to recognize that there is an alternative that was not chosen by those who have (or had at one time) the ability to exert power over them including government and family.  It is to confront the loss of a possible freedom never experienced.  That pain is too great to bear and must be driven away with the false certainty of no alternative.

A true picture of human nature is becoming clear.  Scientists have known for decades that empathy is innate.  More recently new studies have been conducted which give us insight into other aspects of our human nature.  Alison Gopnik has shown that 18 month old babies intuit what others are thinking and try to help them get their needs met.  Paul Bloom has done studies showing that 6 month olds have an innate sense of reciprocity and are drawn to individuals that help others get their needs met.  Empathy, reciprocity, a desire to help others meet their needs and an affinity for those who do the same is our primary predisposition from birth.  All of this is in accordance with our rational self-interest and is conducive to living in a voluntary society free of government.  Human nature is not an unavoidable predisposition to violence or war.

Violence is the result of the frustration of human needs.   Fortuitously our human nature adapted to meet our needs and avoid this outcome.  However, it is true, that some individuals are predisposed to elicit violent behavior if put into circumstances where their needs are frustrated, but the circumstances are a prerequisite for the behavior.  In other words, violence is a possible outcome for those with a predisposition for it, but violent behavior is not our default mode of conduct.  If you remove the environmental causes that are preventing needs from being met you will eliminate violence even if there is a predisposition for it.  To avoid interpersonal violence, and ultimately war, we must nurture our children in a peaceful and respectful environment conducive to the expression of their preponderant inclinations toward empathy and reciprocity.  This in turn will lead to societies free of coercion which self-organize into systems that maximize the possibilities for individuals to meet their needs.

Our current hierarchical social structures have created an environment conducive to the expression of violence in individuals who are predisposed and the resulting behavior is then cited as evidence of a universally pernicious human nature.  Government, in turn, then predictably proposes more government in order to control a problem that they themselves created.

Societies around the world are at an inflection point as the efficacy of government is being questioned more vigorously than at any previous time in history.  Those in power need us to believe in the fallibility of human nature in order to maintain their power and their delusions.   The intellectual class is eager to provide the evidence as they benefit from the current system on many levels.  In order to achieve a free society we must help individuals meet their needs for safety by eradication of false memes.  Human nature is not inherently violent and a form of government based on coercion is not valid.  We are closer than ever before to achieving a free society, but to grasp it we must first drop false beliefs regardless of their new found scholarly sources.